May Allah give a long a life and good health in order for us to benefit from the Shaykh, ameen.

Sheikh Sulaimaan M. Ravat hails from Lenasia, Johannesburg. He graduated from the Alim Fadhil course in 2004 and obtained an Honours Degree in Islamic Sciences from the University of Johannesburg in 2008.  Shiekh is an award winning presenter at Radio Islam International where he has been hosting the breakfast drive-time show Sabaahul Muslim for the last thirteen years and is also the Programs Manager.

His radio profile led Sheikh to the TV platform where he hosts the popular Sulaimaan Ravat Show weekly on ITV.

Apart from his role in Muslim media wherein he is now considered a foremost personality for his ability to speak and hosts programs on a broad spectrum of religious, political social and economic issues ,Sheikh is extensively involved in public speaking and has travelled to various parts of the world for this purpose delivering talks at Masjids and conferences.

Sheikh is an Executive Committee member of Jamiatul Ulama SA (Council of Muslim Theologians) and serves as the Secretary of the Nurul Islam Centre which hosts one of the largest Masjids in Southern Africa.

Shaykh Farhan Vali was born and raised in the UK. He completed his Hifz at the age of 16. Following the completion of the memorization of the Qur’an, he enrolled at Jamiah Riyadhul ‘Uloom, also known as Islmaic Da’wah Academy in Leicester to study the Alimiyah course.

After graduating from the Islamic Dawah Academy, he has served as an Imam at Eman Foundaion in Goodmayes, London for the past 3 years. Currently he is teaching hifz at Al Ihsaan Academy, and also Alim class at At Taqwa Academy and Lantern of Knowledge. He is the principal of maktab at Al Ihsaan Academy and he has presented many durus in the local masaajid. Through this he has done some great work amongst the youth. He has also delivered many talks in different parts of the UK, which have been a means of many Muslims to be motivated to connect with their creator. 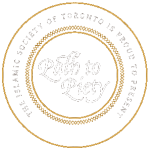 The Right Path - Fulfilling the rights of others.

We're not around right now. But you can send us an email and we'll get back to you, asap.